It’s All-Star break.  Players and coaches not involved in the weekend get a chance to rest, regroup, and refresh themselves for the last third of the season.  Some coaches are on the hot seat while others exceeding expectations are setting themselves up for longterm futures with their franchise. 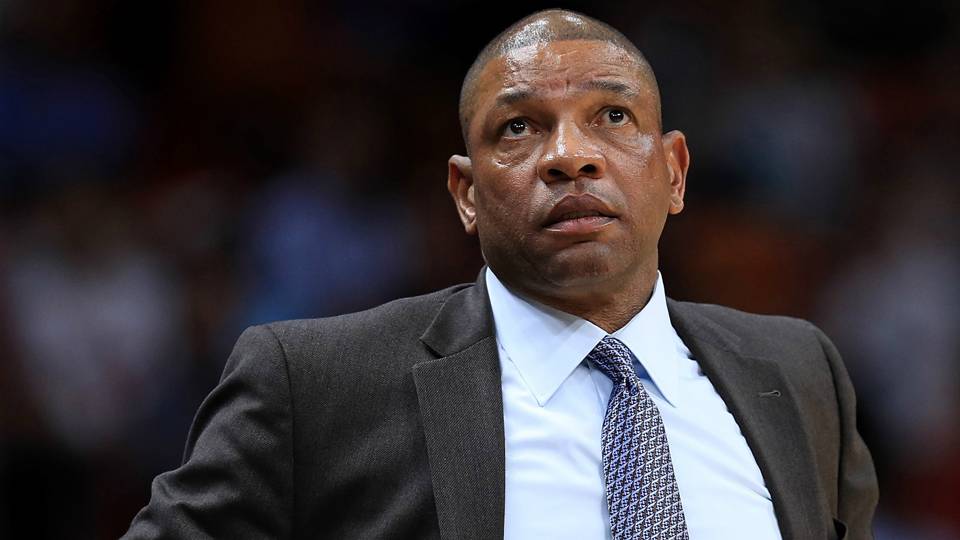 I have to admit, I’ve never been a huge fan of Rivers probably because he complains to the refs excessively and partly because of his son.  Still, the results speak for themselves and Doc has been able to whip up production from a bunch of mismatched parts.  He’s had by far the most difficult job of anyone on this list because he’s made it through injuries to ALL of his players including DeAndre, Beverley, Teodosic, Gallo, and Rivers.  Plus he’s had to successfully navigate pre and post-Griffin blockbuster which is never easy.

The Clippers sit at the 9th seed in the West at 30-26.  Doc just coached LA in a brilliant win against his former employer Ainge and his Boston Celtics.  If by chance the Clips make a run and finish as a top 3-6 seed in the West (they’re only 3.5 games outside of the 3rd seed) then Rivers has a legitimate case for 2018 NBA Coach of the Year.

The Sixers have reeled off 5 straight wins and they currently sit on the 7th seed in the Eastern Conference.  Brown is known for being a player’s coach and he’s been rather polarizing amongst NBA-heads and analysts.  Still, he’s seen the Sixers go from the bottom of the barrel to one of the most promising young teams in the NBA.

Brown has all the talent in the world, but he’s had to find a medium between balancing his veterans and young-guns.  He’s now coaching the two best players in the 2018 Rising Stars game but as most NBA coaches know, winning games with young players is far from easy.

Snyder is coaching the hottest team in the NBA right now.  The Jazz have rattled off 11 straight wins, fighting their way back into the playoff picture.  Utah hit a rough patch midway through the year when Gobert went down but they’ve regained their pizazz as one of the best defensive teams in the league with rookie stud Donovan Mitchell.

Utah recently acquired Crowder from Cleveland and he’s been a fantastic fit, scoring 14+ in all 3 games with the Jazz.  Losing Rodney Hood’s offense and shooting off the bench won’t be easy, but if any coach can make it work, Snyder is your man.

If Utah climbs into a playoff spot they’ll be the Miami Heat from last year, and Snyder will be a legitimate 2018 NBA Coach of the Year candidate.  Side note, any coach who can turn Joe Ingles into a legend is good in my book!

Tom sent all the critics and naysayers questioning his coaching ability back into the woodwork.  The Wolves are clearly in the upper echelon of the league because of their willingness to compete on both ends of the floor.  Thibodeau has balanced the greatness of Towns and Butler.  Wiggins has been inconsistent all year but he’s bought into the defensive end like never before.  Gibson is playing the best basketball of his career, and Teague has been a solid captain of the ship.

After struggling at the start, Thibodeau has righted the ship leaning heavily on lineups featuring his starters.  He’s also helped Tyus Jones develop into one of the better backup guards in the league.

Thibodeau has done his best to recreate the magic of the 2012 Bulls(Derrick Rose anyone?) and he’s led the Wolves to victories without elite 3-point shooting or pace.

Hats of to Thibodeau.

Pop is doing Pop things: winning with a bunch of guys the casual NBA fan wouldn’t know.  The Spurs have struggled as of late without LA and Kawhi but they still have the 3rd-best record in the West.

In my opinion Popovich is the greatest coach of all time(he never had the talent Phil Jackson had) and one of the most charismatic characters in NBA history.  Popovich demands the absolute best from his players and he has a knack for developing Euro-talent which is revolutionizing basketball.

Pop should be the favorite for the NBA Coach of the Year every season.

Kerr is probably the hardest coach on this list to evaluate because he coaches one of the best all-time teams ever.  Still, the 2016 NBA Coach of the Year has found ways to keep his team atop the standings despite the boredom that can infiltrate a locker room during the regular season, especially after three straight finals appearances. He’s done a nice job incorporating Casspi and Nick Young, and he’s looking forward to Jordan Bell’s return.

Kerr has dealt with injuries to All-Stars Steph, KD, and Draymond but right now the Warriors sit at the two-seed in the West, a half-game behind Houston.

If the Dubs wind up with the best record in basketball again, it’s hard not to give Steve Kerr some more hardware.

Nate McMillan is part of one of the best stories in basketball.  After everyone pegged the Pacers to be a lottery team before the season they’ve been stellar en route to 33 winns at All-Star break.  McMillan has been excellent in the player development compartment bringing the absolute best out of youngsters Oladipo, Turner, and Sabonis.

The Pacers have won three straight games heading into All-Star break and they will look to maintain their trajectory to finish the year.  Nate has gotten his players to buy in defensively and play with more pace in a post-PG-13-world.  If the Pacers climb up a couple spots, McMillan should be a 2018 Coach of the Year favorite. 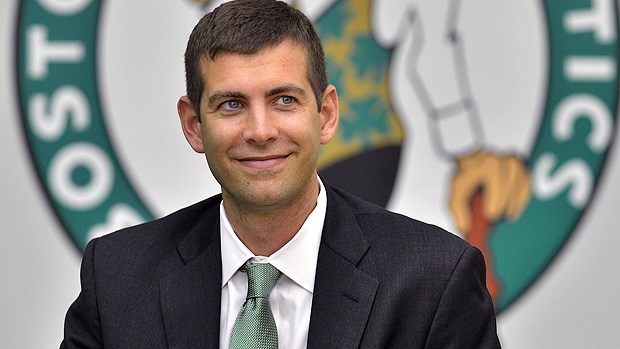 After a stellar start Boston has fallen off a little bit in recent weeks.  Still, they boast one of the best defenses in the association and perhaps the best young coach we’ve seen in quite some time.  Stevens has installed a successful offensive scheme that propelled  Isaiah Thomas in the MVP conversation in 2017.  Brad is taxed with the difficult job of winning now while still bringing on his young talent slowly.

His starting wing combo is of the aggregate age 40…

Stevens has dealt with the loss of Gordon Hayward like a true champion, leading the Celts to the two-seed in the East and the fourth best record in the league.  If the Celtics can overcome the Raptors then perhaps Stevens can overcome Casey in 2018 Coach of the Year rankings.

Two ball-dominant guards who previously needed the ball in their hands to be successful? No problem.

D’Antoni is an offensive genius and he’s looking to defend his 2017 COTY title.  In his speech last year he went out of his way to commend his players for their habits in Houston but he deserves praise as well.  He’s turned James Harden into one of the 5-best players in basketball, and he’s been able to incorporate CP3 with no hiccups.

Mike has incorporated defensive-minded players like PJ Tucker, Mbah a Moute, and Capella to coexist with gunners Eric Gordon, Ryan Anderson, and Gerald Green.  The Rockets now hold the best record in basketball and if they secure the one-seed in the West the Warriors should be on notice.

Can D’Antoni be the first coach ever to win back-to-back Coach of the Year awards?  I think so. 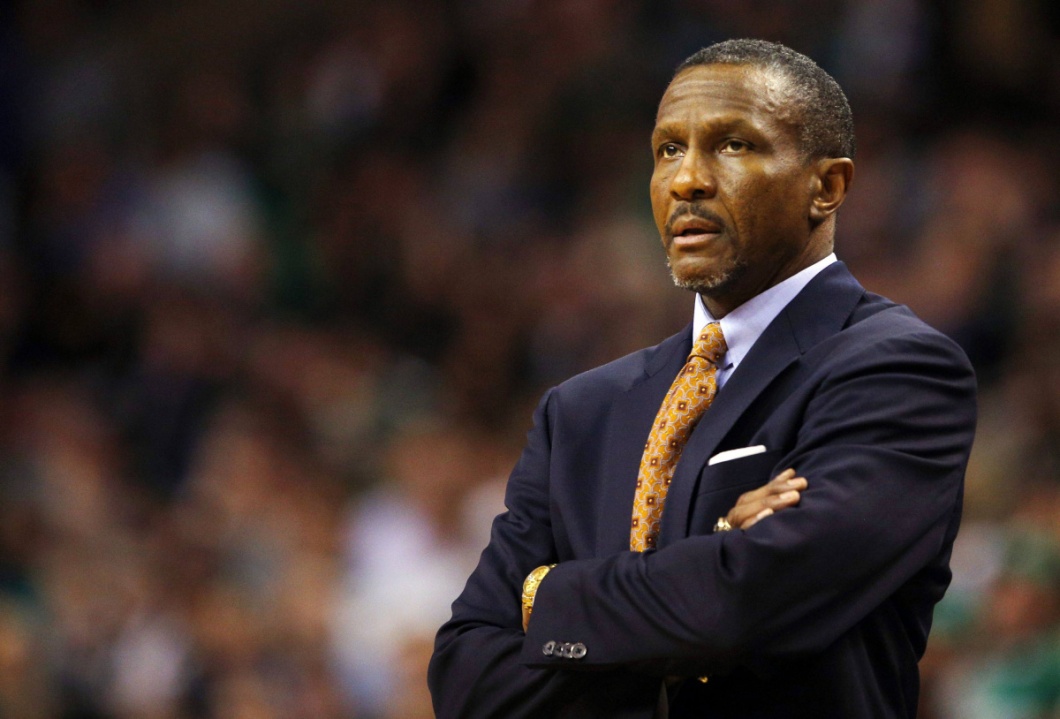 For all the people who thought the Raptors would fade this year after losing some pieces in the offseason… YOU PLAYED YOURSELF.

The Raptors are playing the best basketball they’ve seen in a long time thanks to Casey’s commitment to revamping strategies in the offseason.  He got stars Kyle Lowry and DeMar DeRozan to buy into a faster-paced offense that relies less on isolations and more on ball-movement.  He is currently developing one of the best benches in the league with youngsters Siakam, VanVleet, Poeltl, Wright, and Powell.

The Raptors have rattled off 7 straight wins and they own the best home court in basketball with a 24-4 record in Air Canada.  Maybe Drake told these guys to ‘Look Alive’ or maybe Casey deserves the 2018 NBA Coach of the Year award.