The NBA has always been home to characters with funny fashion choices and flashy styles but ever since David Stern imposed a dress code on the league in 2005 in response to the “Bling” era, the style sense of the NBA has entered a whole new realm.

Instead of turning the leagues athletes into Mad Men lookalikes, it’s only incentivized players to get more creative.

Here is a collection of 5 of the most imaginative and eye catching fashion pioneers in the NBA. 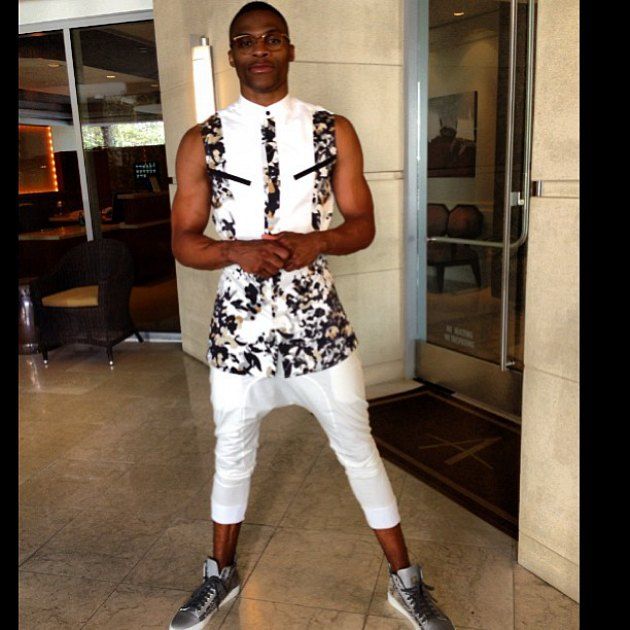 Most NBA fans agree that Russell Westbrook is one of the best all around players in the league but his fashion game is a lot more polarizing. People either love or hate Westbrook’s eccentric style but what can’t be debated is that his looks consistently draw reactions, which seems to be exactly the point of it all anyway.

The Oklahoma City Point Guard’s strange fashion choices aren’t a recent revelation either, Westbrook has been playing dress up since he entered the NBA.

The first time the world was introduced to Westbrook’s weirdness was during the 2012 playoffs when he wore a pair of cherry red lensless glasses with a polo that looked like it belonged on an 80 year old in a retirement home, not an NBA All-Star.

Little did America know that this was just the appetizer, as Westbrook has treated us to outfits like this or that, ugly and fuzzy, ripped yet jipped.

The man is a fountain of loony fashion choices and even more bizarre motivations, such as the claim he doesn’t wear the same outfit twice.

Shame, I really wanted to see this again… 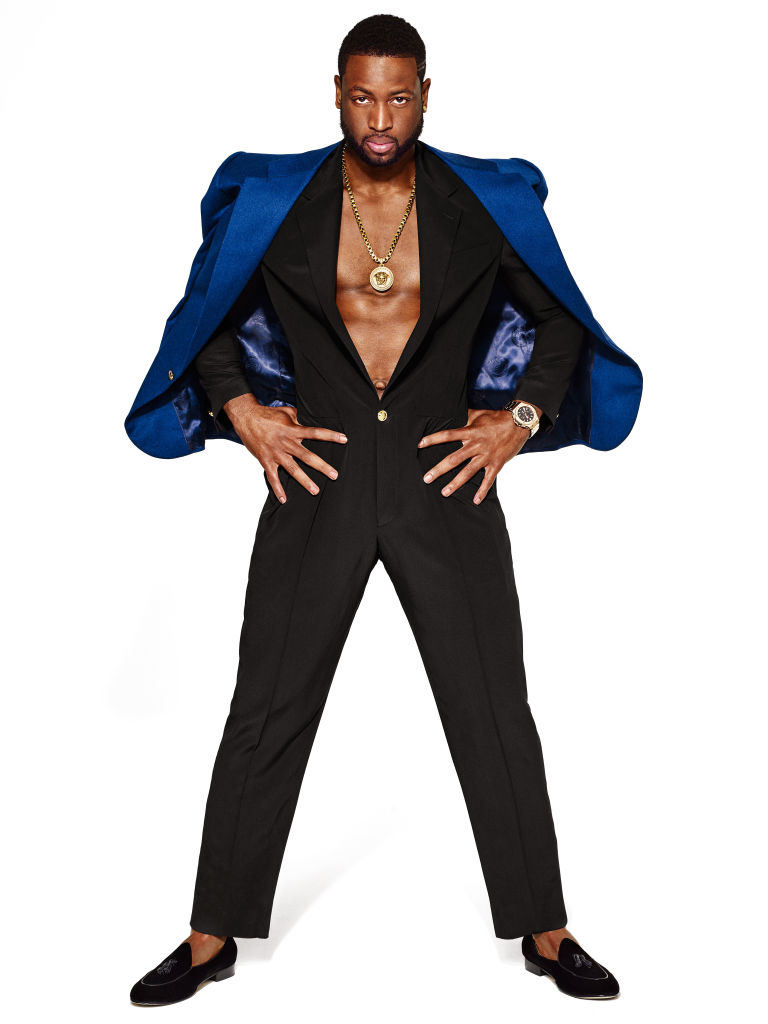 I know what you’re thinking– “Who’s this R&B artist and where can I illegally download his music?”–but it’s actually Dwyane Wade, one of the greatest shooting guards in NBA history and one of its biggest fashion icons.

The Chicago native clearly adopted the stylistic sensibilities of Miami during his 13 years playing there and hasn’t looked back since. The city is known for its diversity and colorful aesthetics and that’s been reflected in the fashion of South Florida.

D-Wade has demonstrated as much with his colorful bomber, dashing suits or loud symmetrical outfits.

Now that’s not to say the man hasn’t donned some questionable couture (like this Gucci Mane inspired look or hotel bellman cosplay) but we’ve got to at least give the man some props for spicing things up. Look out for more looks coming from the Cavs guard this season. 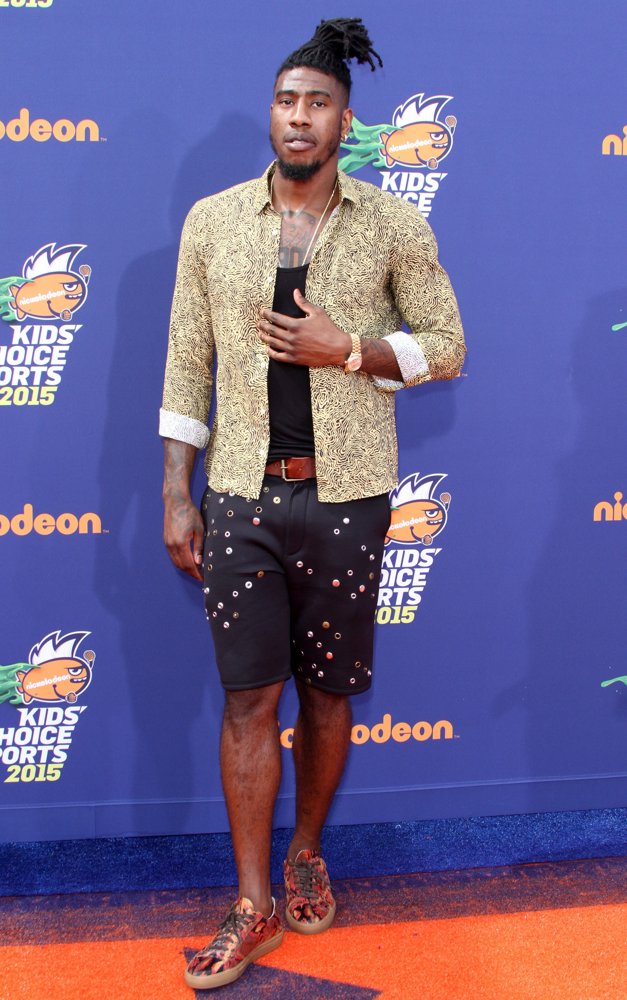 Another Chicago native, Iman Shumpert, has made a splash with his pregame outfits as well but instead of Miami, the Cavs guard seems to have adopted the eclectic styles of a New Yorker, though sometimes he looks especially Cleveland.

Shump spent his first three seasons with the Knicks and since he has adopted the styles of New York Fashion Week, wearing everything from crop tops to bow ties with ugly sweaters and jackets that look like underside of a New York City subway bench.

You can hate but will you ever have the confidence to wear the fashion equivalent of a mullet? 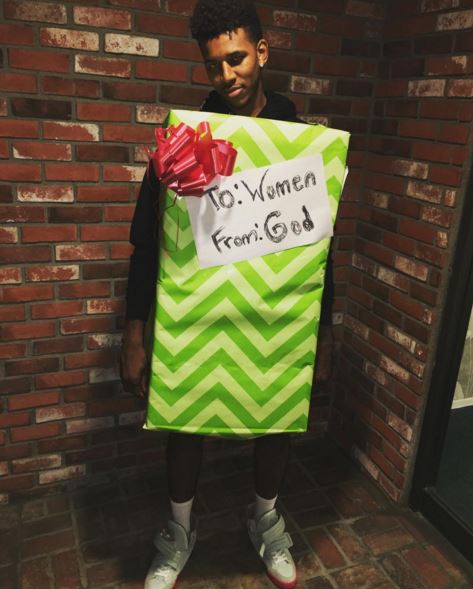 The man whose Christian name is Nick Young but more commonly known as Swaggy P to NBA fans, didn’t earn that nickname simply for his on court demeanor.

The Warriors shooter carries himself with the joy of someone who gets paid millions of dollars to put a ball through a circle with fishnets (because he does) and Sir Swaggy has bought himself some fine clothes will all that cash. 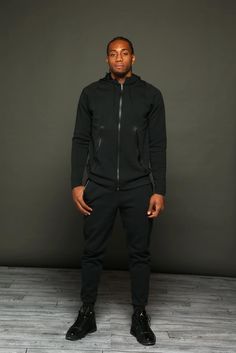 Without a doubt the craziest, most zany, absolutely insane, borderline Dennis Rodman level nutjob in the entire Association, Kawhi Leonard is equally as unhinged when it comes to his style sense.

The dude talks A LOT on the court but as if that isn’t enough, the guy wears some of the flashiest clothes I’ve ever seen on a human being! (WARNING: THIS MAY DAMAGE YOUR EYES) He’s not afraid to challenge America’s cultural sensibilities by wearing something shocking, or damn near seductive!

Coach Pop needs to sit Kawhi down and ask him why he’s going out looking like this before the young man throws away all his talent, God forbid.

Who knows what’s next for this rockstar of the NBA: a sextape? Rehab? Scientology? There’s no way to predict the erratic actions of Kawhi Leonard but one thing I am sure of is that he’ll continue to shock us with his fashion choices.