When news broke that Indiana Pacers General Manager, Kevin Pritchard, had traded his franchise center piece and All Star wing, Paul George, to the Oklahoma City Thunder in exchange for Domantas Sabonis and an R&B singer, the NBA community threw a collective temper tantrum. From Sports Illustrated who gave the Pacers a “D” grade on the trade, to social media, it was clear that the vast majority of NBA fans believed that Kevin Pritchard and the Pacers had given up too much for too little.

But then a funny thing happened–the Pacers started winning. They currently sit at 19-18, good for the eighth seed in the Eastern Conference and look to be strong contenders for a postseason berth despite preseason projections that had them in the lottery. Indiana has been led by Victor Oladipo, who improved his body this season and has increased his performance across the board. After averaging a disappointing 16 points per game last season on only 44% shooting, the former Hoosier is averaging  25 ppg with a 48% field goal mark since his return to Indiana. Oladipo increased his three point shooting efficiency as well, jumping from a poor 36% to a sharp 42% and his PER of 24.01 is just outside of the top ten in the league. The other half of the deal, Sabonis, has found greener pastures in Indianapolis as well. After suffering through an inconsistent rookie season with OKC, the 21 year old has made tremendous strides since moving over to the Eastern Conference. He’s added much needed depth to Nate McMillan’s squad, providing energy and effort whenever he’s on the floor, so far delivering a solid 12 ppg and 8 rebounds a night.

The question we’re left with then is did Kevin Pritchard actually believe the trade would work out this well or did he merely luck out with some productive pieces after getting rid of a player who clearly wanted out?

One of the main factors behind the controversy surrounding the trade were the reports of what seemed to be objectively better deals than the one Pritchard ultimately took with OKC. Marc Stein reported that Denver had offered a “monster” offer to the Pacers for George, while Jeff Goodman of ESPN reported that the Celtics offered Jae Crowder, another starter and three first round picks, and Bleacher Report claimed that Cleveland had dangled Kevin Love. You could argue that any of these deals were far superior, especially at the time, but as they say, “beauty is in the eye of the beholder” and Pritchard must’ve seen something special in Sabonis and Oladipo that the rest of us didn’t. Perhaps he looked at Oladipo and saw a potential All Star wing whose ties to Indiana would make him a fan favorite, while with Sabonis he forecasted a skilled, fundamentally sound big man of the future to pair with the ascendent Myles Turner. Or he’s an inept GM who took a bad deal because he was desperate to get rid of George and by the grace of the basketball gods he acquired two players who’ve overachieved beyond his wildest dreams.

So what’s the right answer? I’ll let you decide. 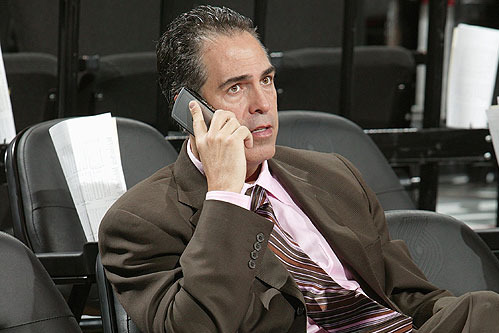 “I’m going to make the internet beg for my forgiveness”