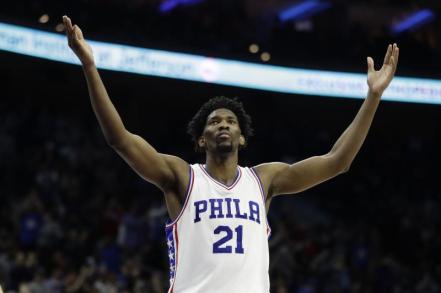 Embiid, the monstrous man in the middle of the process, is a two way force wearing his sharp #21. JoJo has missed 9 games this season, which is probably the biggest question mark about the 23 year old’s game. What isn’t up for debate is Embiid’s immense talent, as he is fourteenth in the NBA in points,  sixth in rebounds, and fifth in blocks per game.

En route to his 19 double-doubles this season, the big fella from Cameroon has racked up a defensive rebound percentage of 29.2% – good  for 9th in the Association. Combine that with Embiid’s sixth best block percentage of 5.2 percent, and it becomes clear that Sam Hinkie guy had an idea what he was doing.

Jojo is going against the grain of pace and space, leading the NBA in post touches at a ridiculous 15.9 per game for the 22-20 76ers. 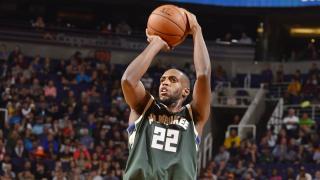 The extremely reliable and underrated Middleton is using his money mid range to average a carer high in points, rebounds, and assists per game this season. Jason Kidd likes Middleton’s production so much that he refuses to take him off the floor,  as #22 and Giannis lead the NBA in minutes played.

Kidd has made some interesting coaching decisions in his 5th season at the helm, and Middleton was right in the middle of it. Curiously instructed to miss a free throw up 3, Middleton rarely misses otherwise with his 87.2% at the line.

The 6’8″ second rounder has appeared in every game this season for 23-22 Bucks who have appreciated Middleton’s balanced nightly production. 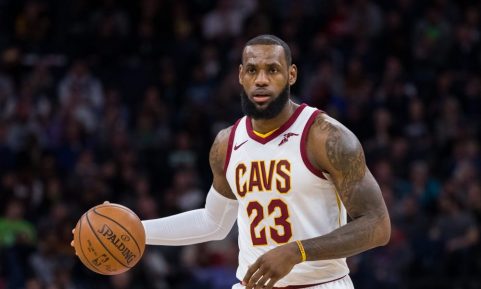 In his 15th NBA season, King James continues his reign over the league and has some suggesting this is the best he’s ever looked. His play this season certainly has been his best since he ditched #6, as LeBron leads the league in Value Over Replacement player at 4.8.

This value is derived from LBJ’s many superior talents – including being one of the most pinpoint passers in the league. James is fourth in league in assists per game, sixth in assist percentage and second in “potential assists“. All those potential assists surely infuriate the King, but not nearly as much as having a defense that is only better than the lowly Kings. 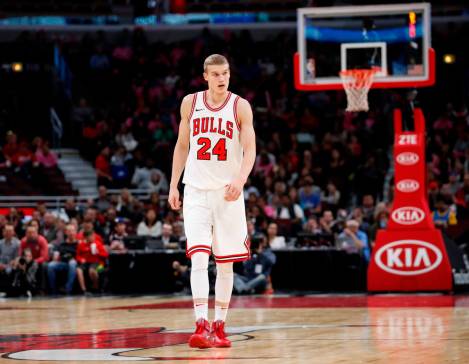 While the Bulls front office has taken a lot of heat in recent years, their return in the Jimmy Butler deal may not be as poor as some initially thought. Acquired on draft day, the 7th overall pick has shown great promise in the Windy City.

Markkanen’s production is very similar to Kristaps Porzingis in his rookie season statistically, but the Finnisher is taking and making more threes. Lauri Bird’s record breaking season has been sensational as he fits the archetype for a modern stretch big man.

The 2017 draft class is full of talented players and #24 is definitely one of them. 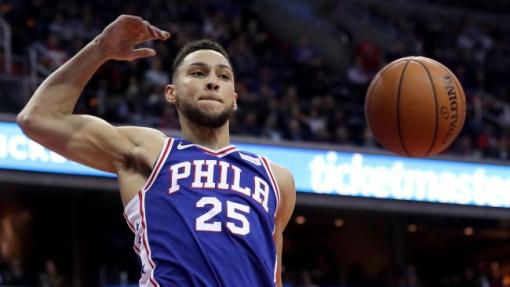 Speaking of talented rookie’s, Aussie sensation Ben Simmons could be the best of the bunch. Simmons is one of the premier passers in the league, currently sixth in assists.

With each crisp passs, #25 has some making comparisons to #23’s similar skills in that department.

At 6’10” and 230 pounds Simmons makes some pretty incredible plays on a nightly basis and being ninth in steals only provides him more opportunity to unleash terror in transistion.

Korver remains a three point threat off the bench for the Cavaliers, hitting two three pointers per game. The 36 year old Korver has long been one of the league’s top marksman from downtown, having led the league in three point shooting percentage 4 times, including last season at 45.1%

Cleveland acquired Korver from Atlanta a little over a year ago, ending a Hawks tenure that saw him be named to his only All Star team in 2014-2015. #26 was acquired as part of a championship push that ultimately fell short last season, and their is noise that some on the Cavs feel that it may be the same this season. 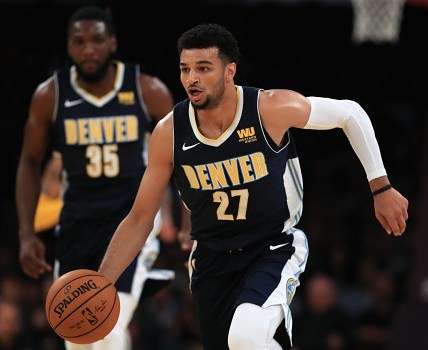 The 20 year old Murray has assumed full time point guard duties in Denver, and his upside is Mile High. Jamal’s ability to finish around the rim reminds me almost of one Kyrie Irving with his ability to hit floaters and runners from all angles in the paint.

Murray’s soft shooting touch has translated to the next level at the charity stripe where #27 converts at 92.1%. The Nuggets are right outside the playoff picture right now at 23-23, but a return of Paul Millsap should see this team in the postseason.  The Kentucky product who shot 40% from three in college has yet to knock down three’s consistently in the pros, shooting 34.6% from behind the arch in his career. 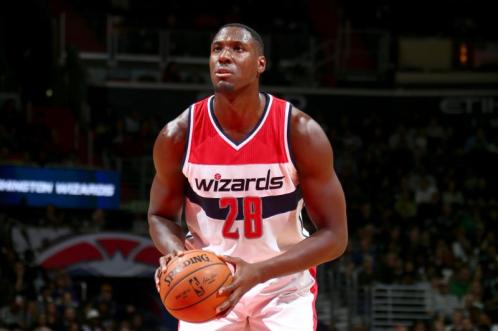 Mahinmi plays 14 minutes per game  for the Wizards, who signed him to a preposterous 4 year, 64 million deal in July of 2016. Paying the big man over 15 million dollars a year into his mid thirties constrains the Wizards and their cap flexibility going forward.  That being said, Ian is big body off the bench capable of protecting the rim and rebounding.

Mahinmi inked the deal after his only season as a starter in the NBA where he averaged 9 points and 7 rebounds with the Indiana Pacers. His Per-36 numbers this season are in line with that production off the bench for the Wizards.

Only one player in the NBA has worn #29 this season, Jakarr Sampson for the Kings in only 6 appearances. #29 is not a popular number amongst NBA circles, however it was worn by 16 year NBA player Paul Silas. Originally from Oakland, Silas later coached in the NBA for 10 seasons. He has passed the coaching gene onto his son Stephen, who filled in for Steve Clifford while the Hornets head coach was out. 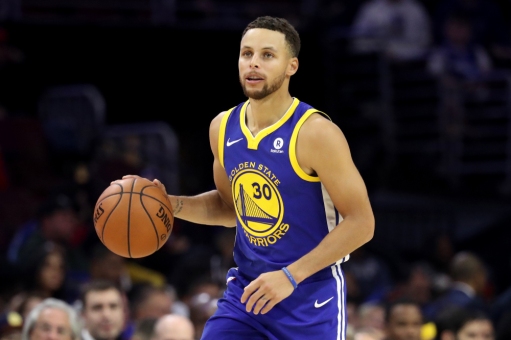 Stephen Curry has come back with a loud Mike Breen Bang after earlier ankle troubles caused him to miss time. Curry is up to third in points per game and second in true shooting percentage, at 66.7%.  A masterful shooter, Steph is once again tracking the 50-40-90 club.

Curry leads the 37-10 Warriors in scoring, and with the MVP race opening up perhaps #30 can get in the conversation once again.