This article ranks the best 5 power forwards age 23 and younger. It’s the latest installment in our Emerging Stars series. 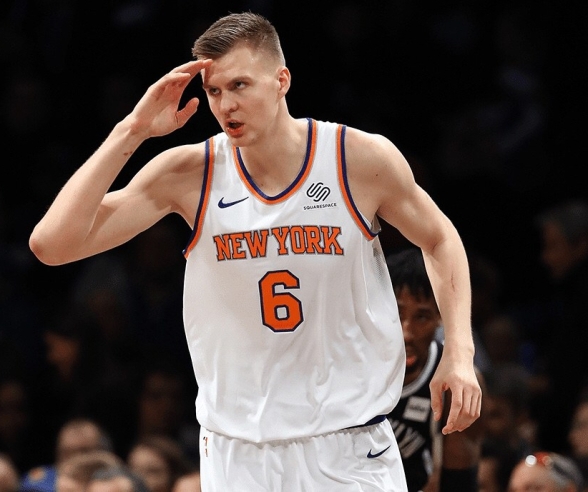 Discussing the Latvian sensation comes with a caveat, as Porzingis tore his Left ACL on February 6th. The Knicks big man has dealt with a myriad of injuries in his young career, a concern for the franchise cornerstone. KP is expected to make a full recovery to his All star form, though it is unclear when or if he will play at all next season.

Porzingis had a limited roster around him last season, carrying a Knicks offense with a 31.0% usage rating, ninth in the league. KP showcased a polished offensive game -thriving on the right block, above the rim, and in the pick and roll. Porzingis has a special jumper with a high release, a weapon that he deploys especially well picking and popping behind the arch. Of players with at least 75 possessions in the pick and pop, KP was third with 1.115 PPP, a skill that opens up the floor. KP’s unique offensive ability makes him such an intriguing fit around any of the Knicks 2019 free agent targets.

On the other end, Zinger is a terror as well, using his athleticism and length to become one of the league’s best shot blockers. At this point, the only thing holding Porzingis back from reaching the game’s elite is the health of his unicorn frame. 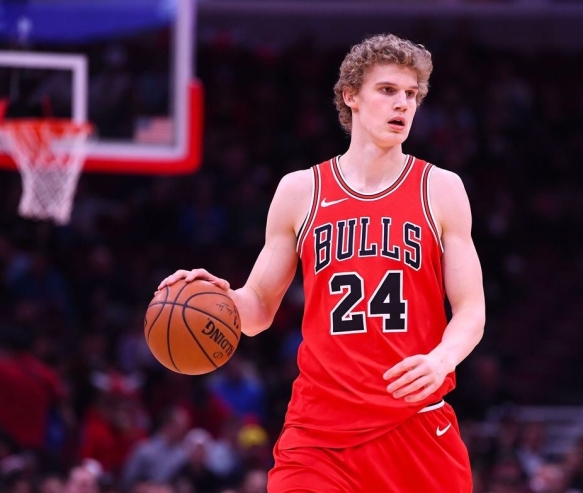 The Arizona product  Markkanen delivered an All-Rookie first team performance in Year 1. The quick, versatile release from the 7 footer proved to be an NBA ready skill, however the #7th overall pick can score in multiple ways. In addition to his deadly pick and pop game, Markkanen thrived in transition, throwing down an impressive 63 dunks (36th) in his rookie season.

Lauri’s range that knows no boundaries. The “Finnisher” converted 145 three pointers while attempting nearly 6 per game, many from well behind the arch. For the season, in pick and pop Lauri scored 1.197 PPP, a fantastic mark. As defenses caught on, Markkanen incorporated a pump fake, driving to the rim with a handle that is good for a player of his size. Additionally, the Bulls were creative in using their talented rookie off of pin down screens and screen the screener actions.

Markkanen is far from a finished product offensively, and he needs to add muscle to improve his post game. He must develop more as a playmaker but the tools are there for him to be an elite stretch 4. Lastly, like many rookies Markkanen struggled to adapt to NBA defensive schemes, an area that he will need to make major strides in going forward.

Chicago has the makings of a very talented frontcourt with the 21 year old Markkanen pairing with 19 year old Wendell Carter Jr.

Another member of the talented 2017 draft class, John Collins had a productive rookie season for the Hawks. JC was remarkably efficient on the offensive end, cutting effectively, rolling hard to the rim, receiving dump downs, and constantly keeping the defense on poster alert. All in all, Collins finished 7th in the league in field goal percentage, albeit on 7 attempts a game.

In Year 2, it will be worth watching to see Collins expand his offensive game on a Hawks team that is in a clear rebuild. In particular, seeing the Wake Forest product extend his game behind the three point line will bring another intriguing dimension to his skill set. Collins made 16 of his 47 attempts last season (34%) but he looked much more aggressive from deep in Summer League. In his 4 appearances in Vegas, JC made 6 of his 16 three pointers, an encouraging sign and a fantastic addition to his highly efficient offensive game.

This is not to suggest that Collins should linger too far away from the painted area, as he is a wonderful finisher and one of the league’s best offensive rebounders, ending the season 8th in offensive rebound percentage. Due to his age and physical tools, the foundation is there for John Collins to become a centerpiece for the Hawks rebuild.

AG has had four different head coaches in his four seasons with the Magic, an organization that struggled mightily under GM Rod Hennigan and his famed whiteboard. A new regime is in, and they rewarded Gordon with a team-friendly four year, 74 million contract. This is a a nice payday for a player that is far from a finished product but has excellent physical tools with an improving outside jump shot.

Going back to his Mitty high school days,the question has always been whether Gordon’s outside jumper will come around to complete his game. AG made strides last season as a three point shooter, showing off a quicker release, upping his attempts to nearly 6 a game, and making a career high 115 threes. In the 2016-17 season 22% of Gordon’s possessions came in Spot up opportunities, for which he scored .785 PPP (18th percentile) and shot an awful 30.9%. In 2017-18, Gordon increased both his spot up and catch and shoot efficiency from the previous season. In nearly the same amount of possessions spotting up, Gordon scored .991 PPP (51 percentile) and shot 38.4%.

What makes Gordon’s growth as a spot up player even more encouraging is that he has never played with even a league average point guard in his Orlando days. If this positive trend continues and Gordon builds on last season’s career highs across the board, a first ever All star berth may be on the horizon. 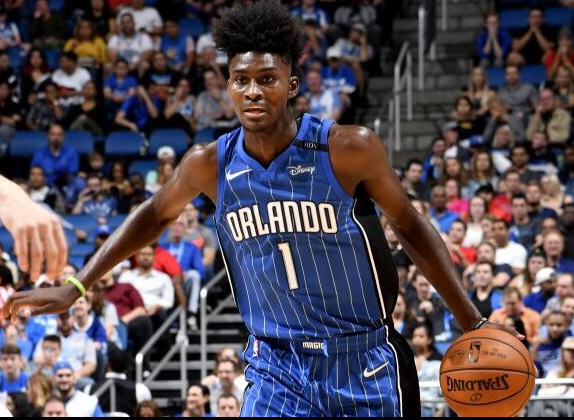 Orlando has a busy front court, but also an exciting one, as Johnathan Isaac rounds out the Emerging PF list. Limited to 27 games as a rookie, Isaac is the forgotten member of the the 2017 draft class.  Isaac was selected 6th overall before Markkanen, Mitchell and Collins because he is such a fascinating prospect who has the makings of an elite multi-positional defender.

With his 6’10” frame and his mobility, Isaac grades out as an excellent defender on Synergy, particularly in the pick and roll. As the big defender in screen and roll, perhaps the NBA’s most important offensive action to defend capably against, Isaac yielded only .618 PPP, holding opponents to 34.6% shooting. Overall opponents shot 41.6% and scored .865 PPP, numbers held down by the fact that Isaac got destroyed in the post, due largely to his slight build.

Isaac needs to stay healthy in Year 2 in order to get comfortable at the NBA level, and expand his game. The Year 1 offensive numbers are poor but the upside is enormous if Isaac can develop into a player who is excellent in transition, while scoring in different ways in the half court. Like many of the Magic recent draft picks, the real question for Johnathan Isaac will be the progress of his outside jump shot. What is not up for debate, and earns him a spot in these ranks, is that tantalizing defensive upside.